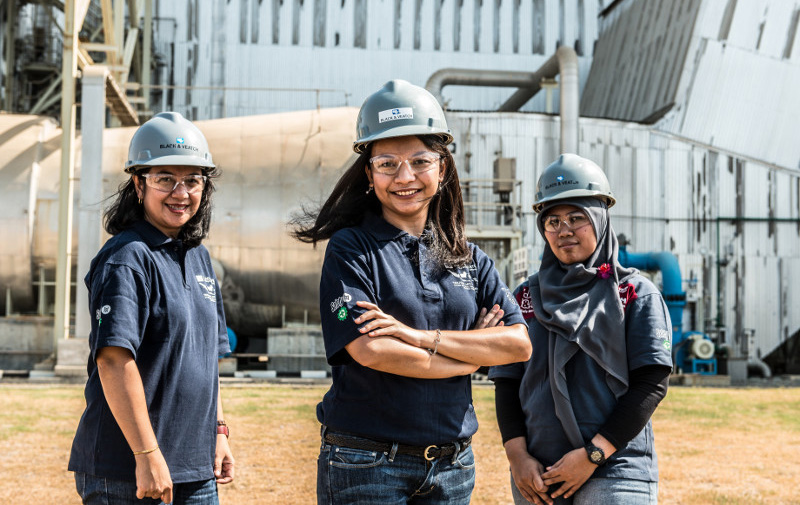 Thousands of Black & Veatch professionals across the company’s global operations are marking the 20th anniversary of its shift to an Employee Stock Ownership Plan (ESOP) – a major milestone in the company’s commitment to connecting its bottom-line performance to the satisfaction and success of its workforce. The celebration also coincides with National Employee Ownership Month in the United States, which highlights the benefits of employee ownership.

“Our success over the past 20 years demonstrates that when each of our professionals think and act like owners, they make smart decisions that drive our business forward, enrich their careers and sharpen our focus on doing the best work we can for our clients,” said Steve Edwards, Black & Veatch’s Chief Executive Officer. “As an employee-owned company, Black & Veatch returns 100 percent of its success to its employee-owners, so when the company does well, so do our professionals.”

Founded in 1915 by E.B. Black and N.T. Veatch, the company in 1956 announced the formation of a general partnership. Black & Veatch moved to an ESOP structure in 1999 followed by two decades of growth, technological innovation and industry leadership across the power, water and telecommunications infrastructure markets. This growth included the completion of projects in cities like Chicago, Hong Kong, London, Los Angeles, New York and Singapore, along with top rankings from Engineering News-Record across its services.

“There has been a tremendous amount of societal change since we transitioned to an employee ownership culture,” reflected Tim Triplett, General Counsel for Black & Veatch. “Smartphones did not exist, renewable energy was often costly or inaccessible, and issues of water scarcity and climate adaptation were mostly conceptual versus drivers of sustainability efforts. Through all these changes, the constant has been an employee culture that has allowed us to navigate and thrive throughout periods of significant disruption within our traditional markets, as well as adapt to the new and emerging markets we serve.”

Earlier this year, the National Center for Employee Ownership – a non-profit information and research organization on all forms of broad-based employee ownership – ranked Black & Veatch the seventh-largest ESOP company in the United States and second among engineering and construction companies. The company completed its transition to a 100 percent ESOP ownership in 2015.

Edwards added, “Growth and long-term value greatly depend on being able to recruit and retain top talent, and employee ownership gives us a competitive edge. With a global workforce topping 10,000, being able to offer employee-ownership benefits to our professionals outside the U.S. by adapting the benefits to country-specific laws and regulations is also critical to our long-term success.”

About Black & Veatch
Black & Veatch is an employee-owned engineering, procurement, consulting and construction company with a more than 100-year track record of innovation in sustainable infrastructure. Since 1915, we have helped our clients improve the lives of people in over 100 countries through consulting, engineering, construction, operations and program management. Our revenues in 2018 were US$3.5 billion. Follow us on www.bv.com and in social media.