From that eBook, this section discusses the design considerations for converting an LNG import facility to an ammonia storage and send-out facility with minimum required modification.

Several LNG and ammonia governing design parameters need to be considered when identifying the impacted system that needs to be modified (Table 1). 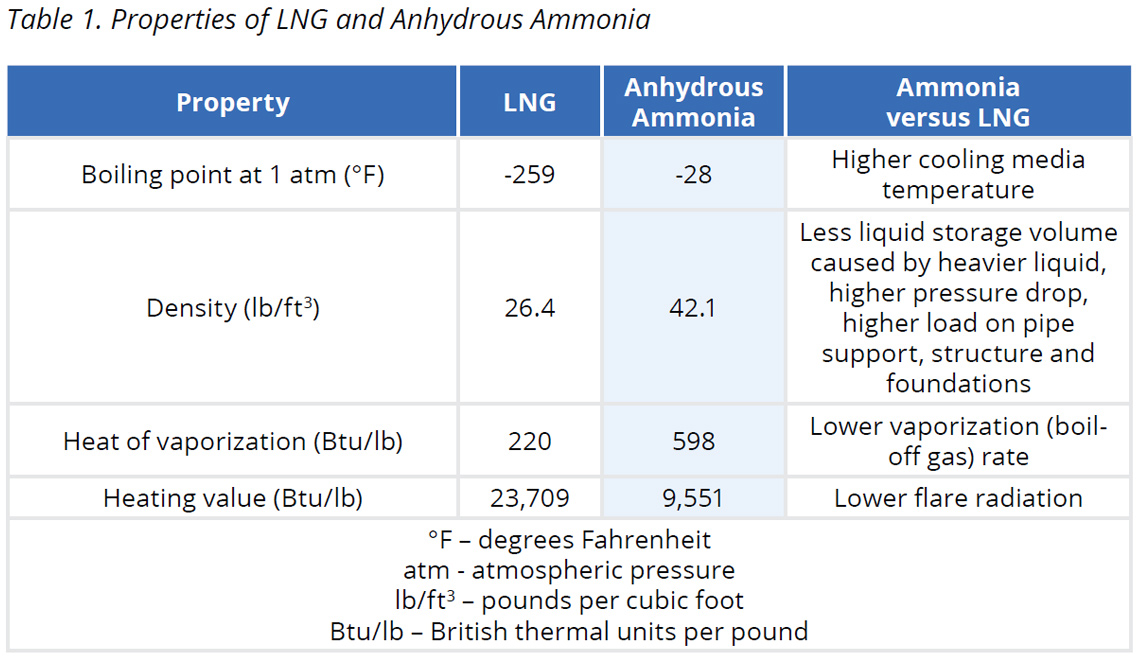 The LNG storage tank cannot be used at full capacity for ammonia due to ammonia higher density – these details are covered in Converting LNG Storage Tanks to Ammonia Storage Tanks, of the Hybrid LNG & Ammonia Infrastructure: Key to a Green Economy ebook.

LNG import facilities are equipped with BOG compressor packages and a BOG recondenser. The BOG compressor configuration plays the main role in identifying the required modification to operate the facility with ammonia.

The BOG compressor typically operates at near LNG temperature at the suction. The higher ammonia boiloff temperature may inhibit compressor or downstream equipment re-use due to high discharge temperature. However, the compressors can potentially be re-used for ammonia service with upgrading such as seal gas system, if applicable, but needs to be evaluated in detail case by case.

In this paper, the cost impact is estimated based on replacing the BOG compressors.

It is estimated that the required BOG capacity for ammonia is about 60-percent of LNG in the design case. The following two possibilities are expected:

Depending on the current LNG design configuration, the existing compressors can be used with different sparing philosophy. For example, the current three x 33-percent philosophy will be three x 50-percent in ammonia service. Two compressors will be operation and one as standby.

Depending on the actual BOG compressor specification and BOG rates at different cases, further study should be performed to identify the optimum facility configuration.

The LNG pumps cannot be used for ammonia service because of lower design temperature and sealing clearance. The pumps (submerged low-pressure [LP] and send-out high pressure [HP]) need to be replaced for ammonia service. The associated piping and support modifications may be required because the ammonia density is much higher than the LNG, and the piping support needs to be enforced accordingly.

Ammonia loading temperature might be higher than the storage temperature due to truck/pipeline material of construction design temperature limitation. The existing LNG vaporizer needs to be evaluated to verify the application of the LNG vaporizer as the ammonia heater.

Control Valves – The actual pressure drop through the control valve will be increased due to higher density.

Fire and Gas Detection System – The sensors of the fire and gas system layout and specification are designed for hydrocarbon, which is not applicable for ammonia service. A leak detection and dispersion study for ammonia toxicity should be performed to ensure a safe design.

Metering Package – It is expected that by updating metering package calibration, the package can be used for ammonia service.

Control Panels – The control panels need to be revisited to verify the ammonia system requirements.

Figures 1 and 2 show the import facility schematics for LNG and ammonia, respectively. The equipment that needs to be replaced or new equipment is shaded in Figure 2.

The costs to modify an LNG import facility to satisfy ammonia requirements includes engineering, equipment, material and construction to dismantle and remove items and install new material and equipment. 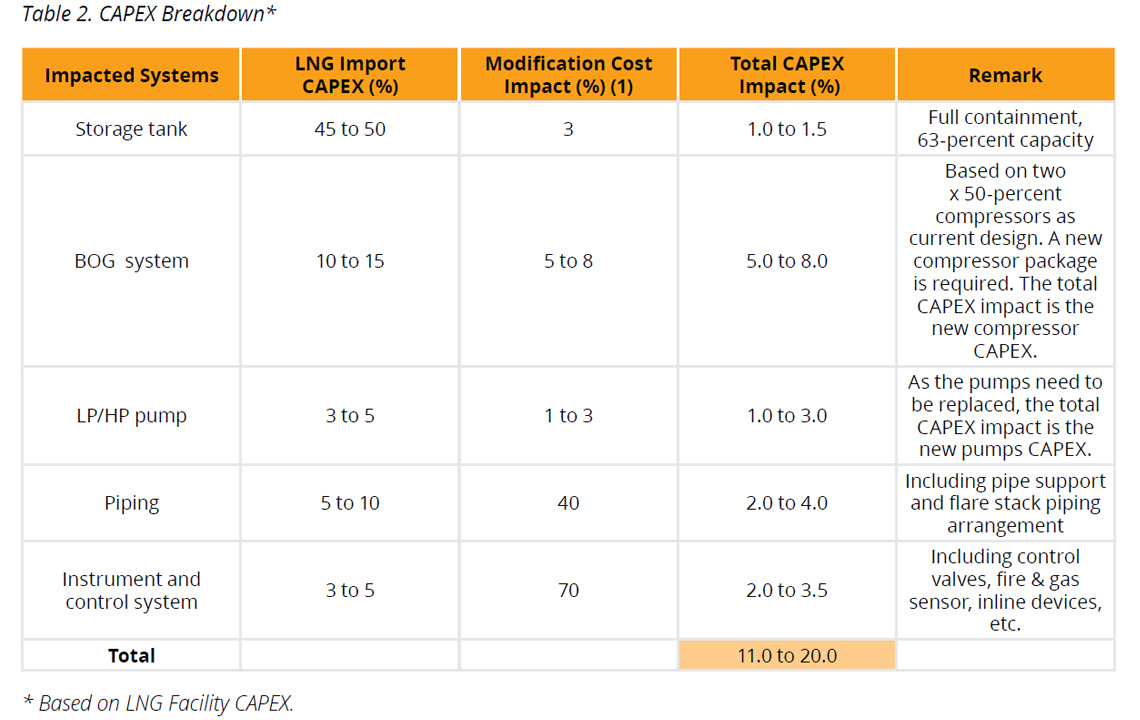 The LNG import and storage facility can be converted to ammonia services with some modification on the storage tank but with lower working capacity. The BOG system needs to be evaluated in detail to identify the proper compressor configuration to avoid inefficient BOG compressor operation. The piping system and supports need to be enforced for ammonia service. The instrumentation and measuring devices need to be evaluated in detail to ensure their functionality with ammonia and identify the components which need to be replaced. 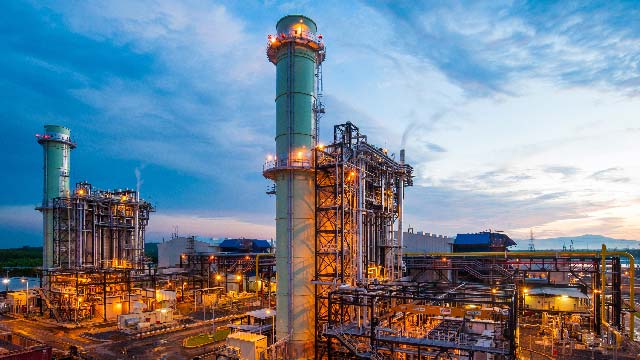 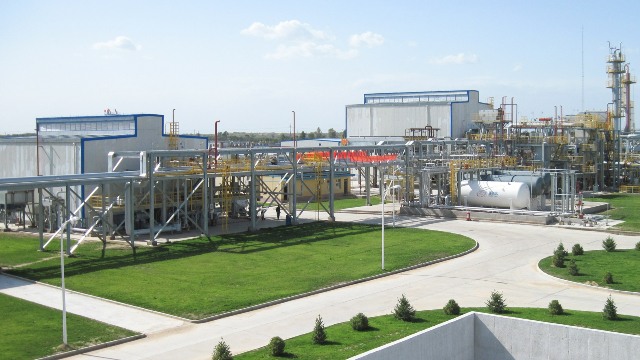 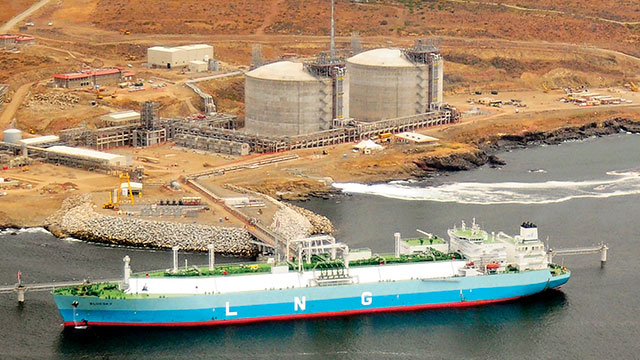 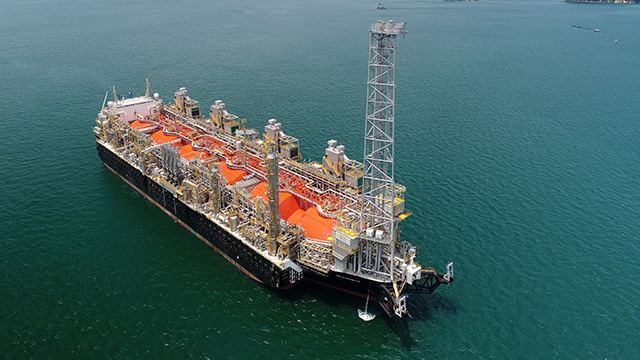 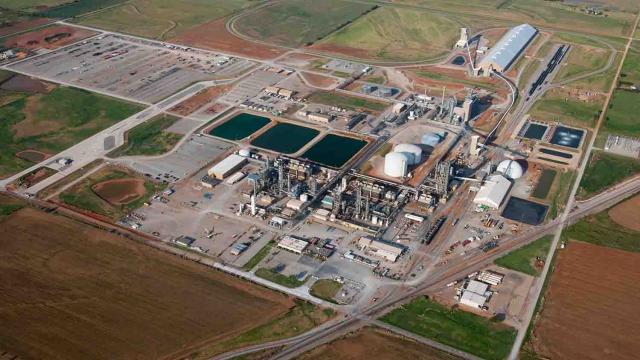 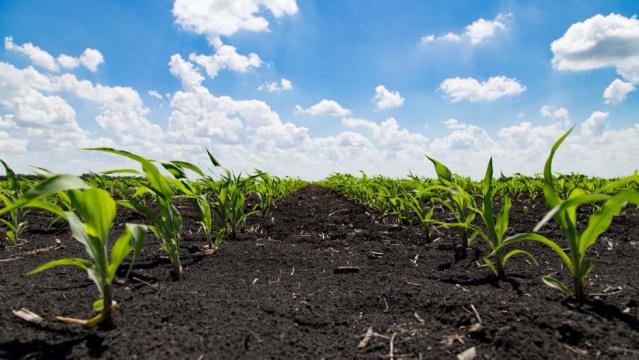 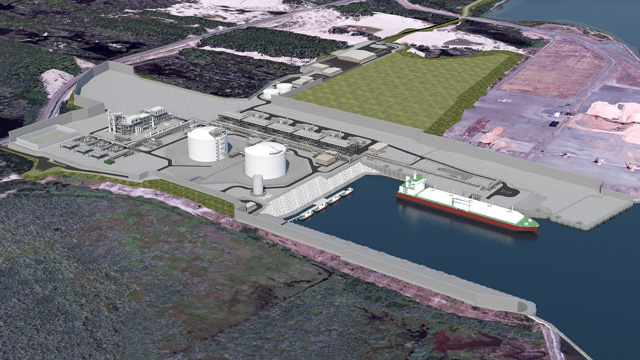 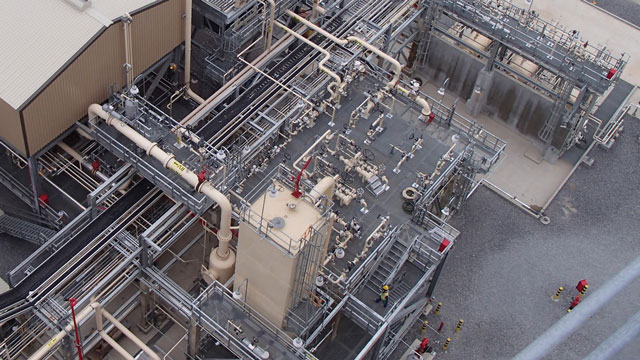